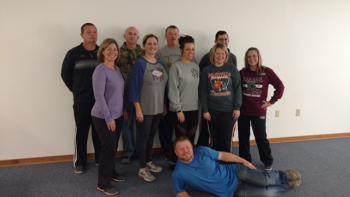 Superintendent Bruce Hill and Terriann Phillips surprised the De Queen Elementary faculty with two awards on Wednesday morning at an early faculty meeting.   The Arkansas Department of Education has nominated De Queen Elementary School for the National Title I School of the Year.  The Arkansas Department of Education chose De Queen Elementary based on outstanding performance in these three categories: Exceptional student performance for two consecutive years, closing the achievement gap between student groups, and excellence in serving special population of students.  Special populations include migrant, English learners, homeless and more.  The National Title I Distinguished Schools Program is a project of the National Title I Association that publicly recognizes schools for their positive educational advances.  Only two schools per state can be selected as a National Title I Distinguished School each year.  De Queen is the only one in the state to represent Arkansas.  This award is an especially prestigious honor for De Queen’s school, staff, and students.  De Queen will work with the Title I Association to prepare for the national title.

The Office of Educational Policy of the University of Arkansas awarded the elementary school with the Outstanding Education for Beating the Odds in Math for the southwest region of
Arkansas.  This was based on exceeding goals for two consecutive years and included the 2016 ACT Aspire scores.

De Queen Elementary’s teaching staff is composed of certified teachers, literacy and math facilitators, intervention teachers, and paraprofessionals.  Terriann Phillips is the principal and Sharon Pigeon is the assistant principal.

Article and photo by Tammy Whatley 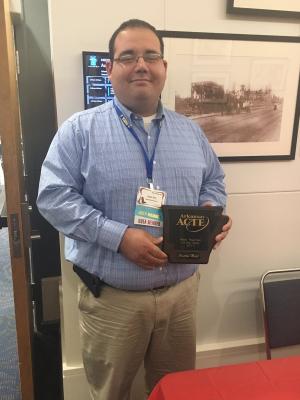 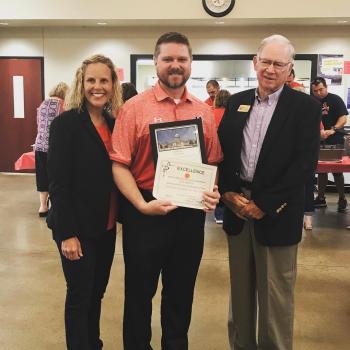